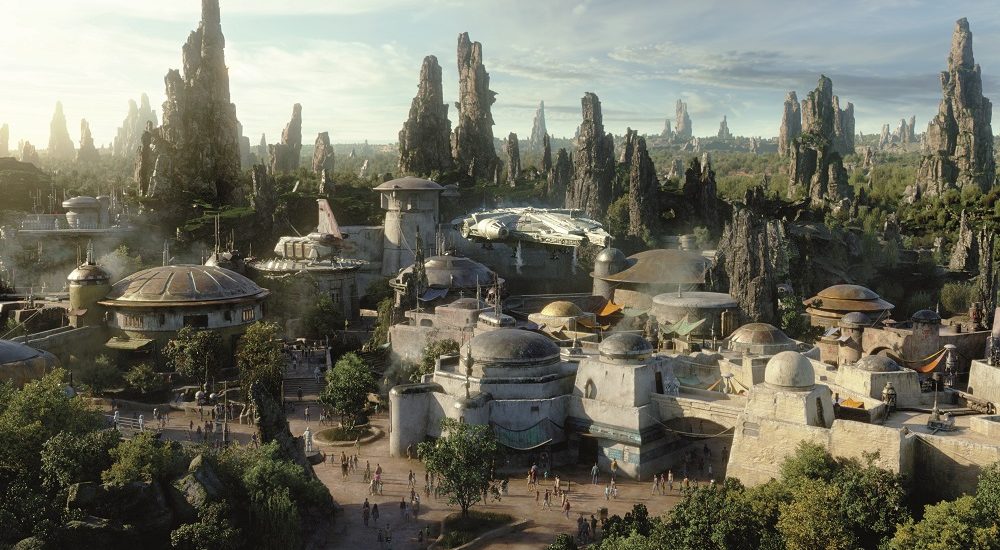 END_OF_DOCUMENT_TOKEN_TO_BE_REPLACED

Find out what magical events are happening during your next trip to the Walt Disney World® Resort.

END_OF_DOCUMENT_TOKEN_TO_BE_REPLACED

Come live your very own Star Wars™ story in a whole new land where a galaxy far, far away unfolds all around you.

Around corners and through back alleys, you can build your own droid and custom lightsaber and sample the curious concoctions of the local cantina. Then, gather your crew and take control of the fastest hunk of junk in the galaxy on Millennium Falcon: Smugglers Run.

And, after opening later in the year, find yourself caught in an epic battle between the Resistance and the First Order in Star Wars: Rise of the Resistance—where the incoming laser fire of a towering AT-AT is matched only by the red crackle of Kylo Ren’s lightsaber.

Shrink down to the size of a toy alongside Woody, Buzz Lightyear, Jessie and the rest of the Toy Story gang. We’re playing bigger and having more fun with new attractions: Slinky Dog Dash and Alien Swirling Saucers, all in the so-much-larger-than-life setting of Andy’s backyard.

What if there was a world that challenged everything you thought you knew? A world beyond what you thought was possible. Beyond belief.

Journey to a distant world where floating mountains defy gravity. Where nature comes alive in a brilliant bioluminescent glow and mystical rivers flow. Where you can fly on the back of a mountain banshee and feel it breathing beneath you.

With so much NEW happening at the Walt Disney World® Theme Parks, there’s no better time to visit.